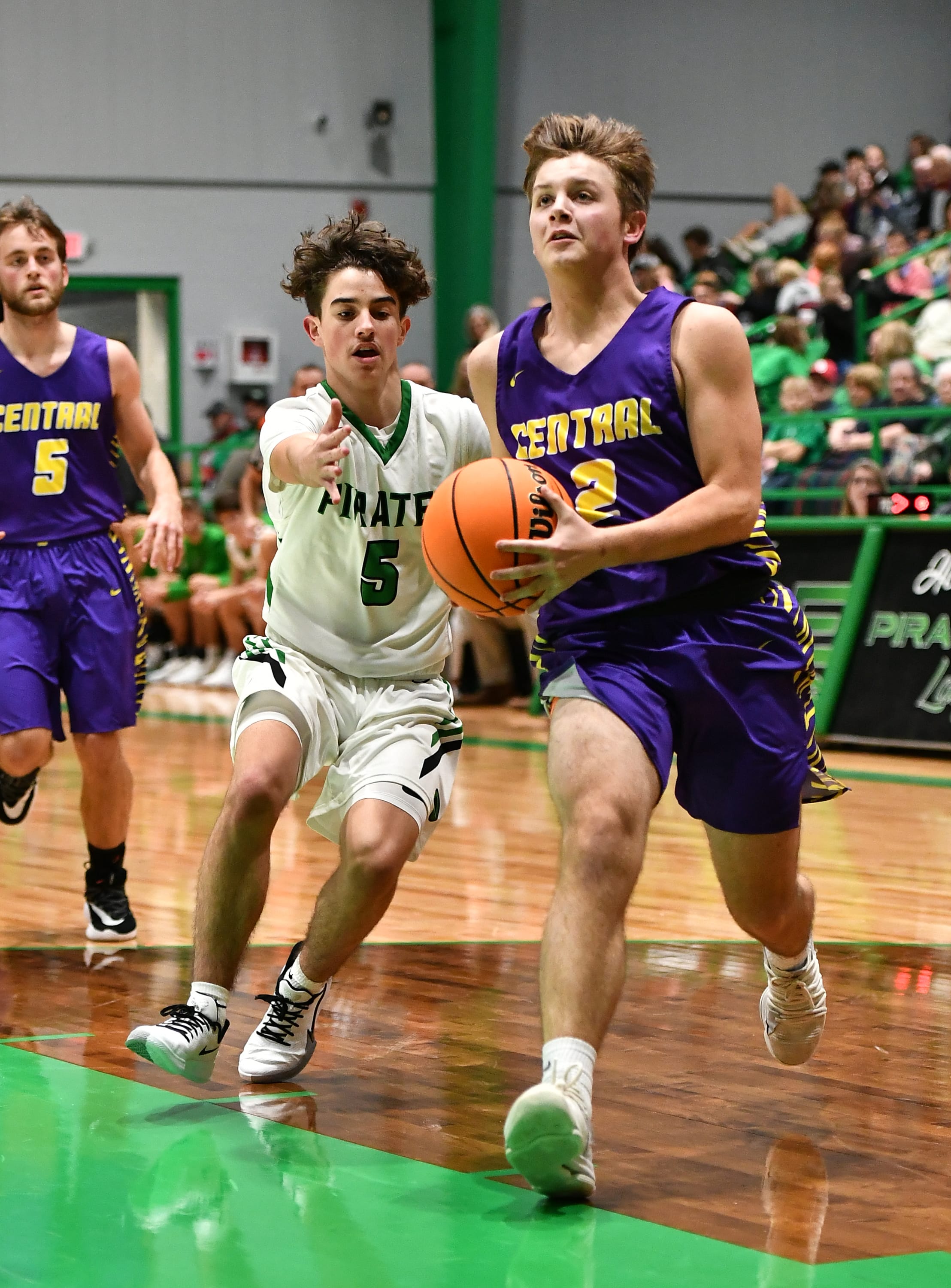 View/Purchase Game Photos
Sign-Up CSSN Subscription
GORE – The Pirates (1-1) were cold as ice and the Central Sallisaw Tigers (1-0) came out clawing Friday night to quickly dominate Gore that ended in a 51-20 rout.

With no points in the entire first quarter Gore could only muster 4 total by halftime. It was down to 5:53 remaining in the half when Westin Shanks finally hit a three-pointer and broke the ice for the Pirates.

Meanwhile the Central Tigers were pouring it on by scoring 9 in the first and 14 in the second to take a 23-4 lead into the locker room.

The second half was much of the same with the Pirates not able to find the net and Central taking advantage turnover after turnover. Gore’s defense could not block out the surges created by Central resulting in the lopsided score.

David Briggs and Jamison Brewer were the two Tigers in double figures with 11 each. The best Gore could muster was Shanks with six points.

Central Sallisaw’s only problem in the contest was foul troubles guilty of 18 violations. That did not however cause a problem for the Tigers because the Pirates hit on just 5 of 18 from the charity stripe. Coupled with a shooting percentage of under ten percent from the floor there was no way Gore could keep up with Sallisaw.

The Pirates will try it again next Tuesday night when they take on cross-town rivals Warner Eagles (3-0). Central will travel to 1-1 Stigler Monday night.