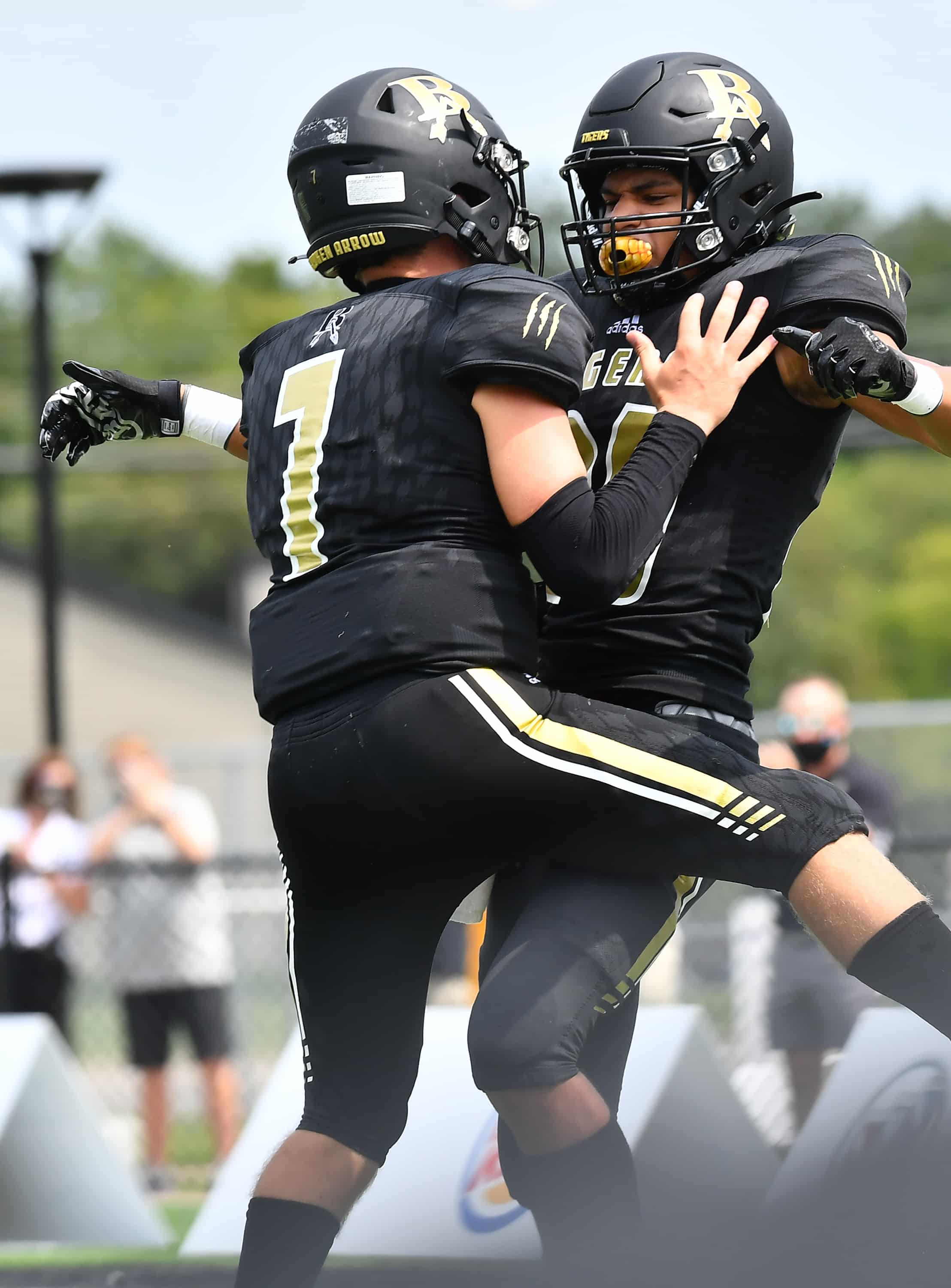 BROKEN ARROW – The Tigers came to play in the GEICO / ESPN High School Kickoff game Saturday at Memorial Stadium. Bentonville West (AK), Ranked #9 by AHSAA was selected, along with the Tigers, to be featured in one of seven nationally televised high school airing this weekend.

Broken Arrow opened the scoring in the first quarter on a Sanchez Banks 6-yard scamper into the North endzone.
The Tiger offense amassed 467 yards and the defense forced four turnovers and a safety in its opening-season ESPN nationally televised 50-23 win over Bentonville West at Memorial Stadium on Saturday.

Offensively, the Tigers were diverse in their touchdown productivity. Maurion Horn, who accounted for 190-yards of BA’s total output, had touchdown runs of 53 and 23 yards.

The passing game – Quarterback Jake Raines was an efficient 12 of 19 for 205 yards – accounted for two of Broken Arrow’s three touchdowns in the second quarter. Keyon Barnett and Jaiell Talley were on the receiving end of 16- and 42-yard Raines’ TD passes. A safety and Horn’s 53-yard run allowed the Tigers to take a 29-16 lead into the locker room at halftime.

The Wolverines got to within 29-23 midway through the third quarter, before a long Tiger scoring drive was capped as RJ Spears-Jennings picked up a fumble and dashed 11 yards for the touchdown. Horn’s 23-yard run and a Buddy Mack 36-yard interception return for a TD finished out the scoring