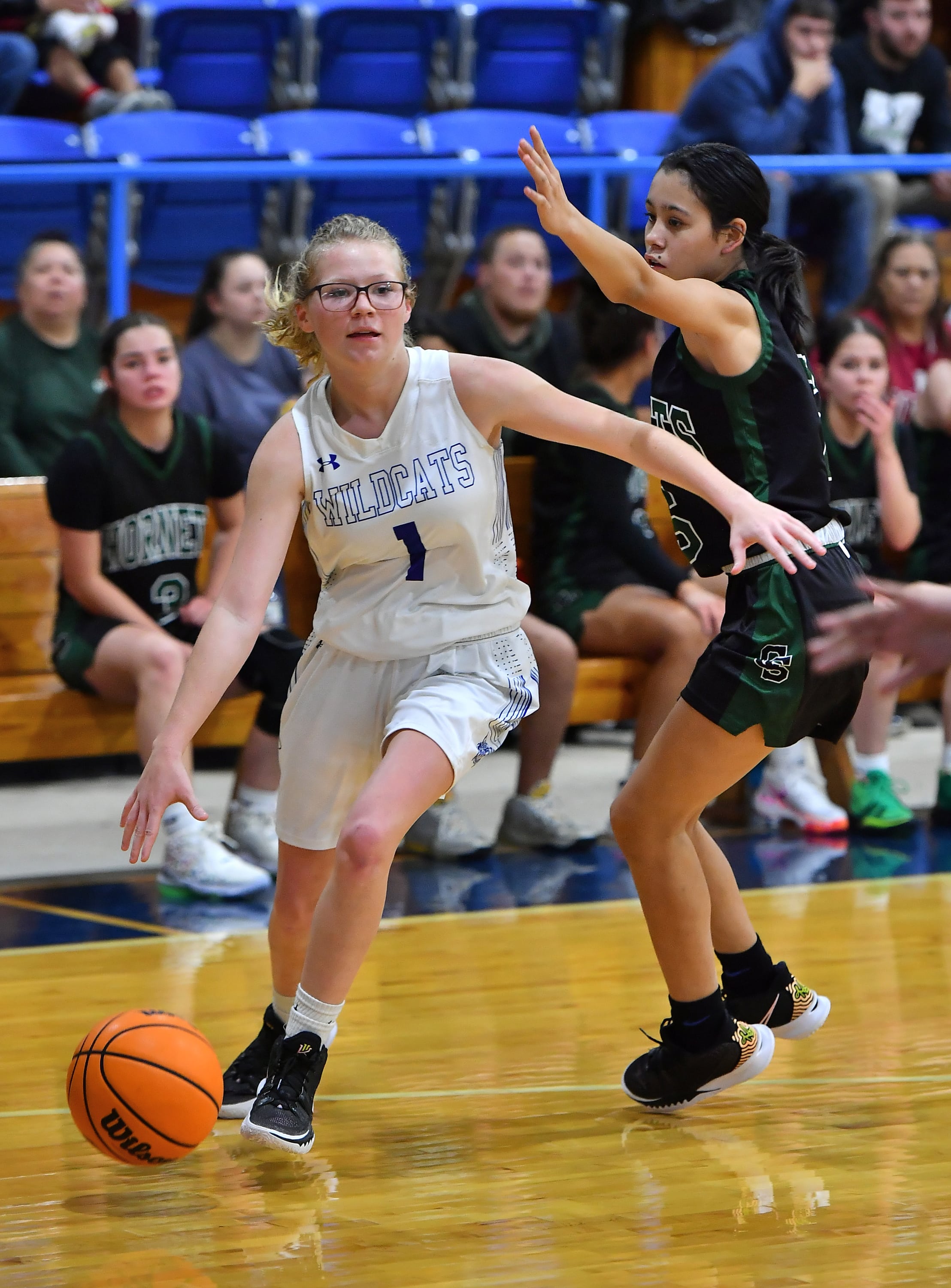 BRAGGS – The Lady Wildcats opened their season Thursday night at home against the Cave Springs Hornets and came away with an exciting 4-point, 47-43 win in front of an enthusiastic home crowd.

With only six girls on the roster, all received plenty of playing time in the contest. It was the Wildcats hustle on the offensive and defensive boards that turned the tide of the game.

The Hornets Breauna Soap led the scoring for the Cave Springs with 11 points, followed by Kyra Tebrow with 8, Annabell Maxwell with 6, Promise Flute with 5 and Kylee Bunch and Jasmine Sevenstar both with 3 points.

The Lady Wildcats Alex Chandler, Pazy Xiong, Zoey Hall, Anna Morris, Sarenna Dishman and Emily Bias all put in a stellar effort on both sides of the ball in the win.

The two teams will meet again November 30th, this time at the home of the Hornets which looks to be another exciting contest.