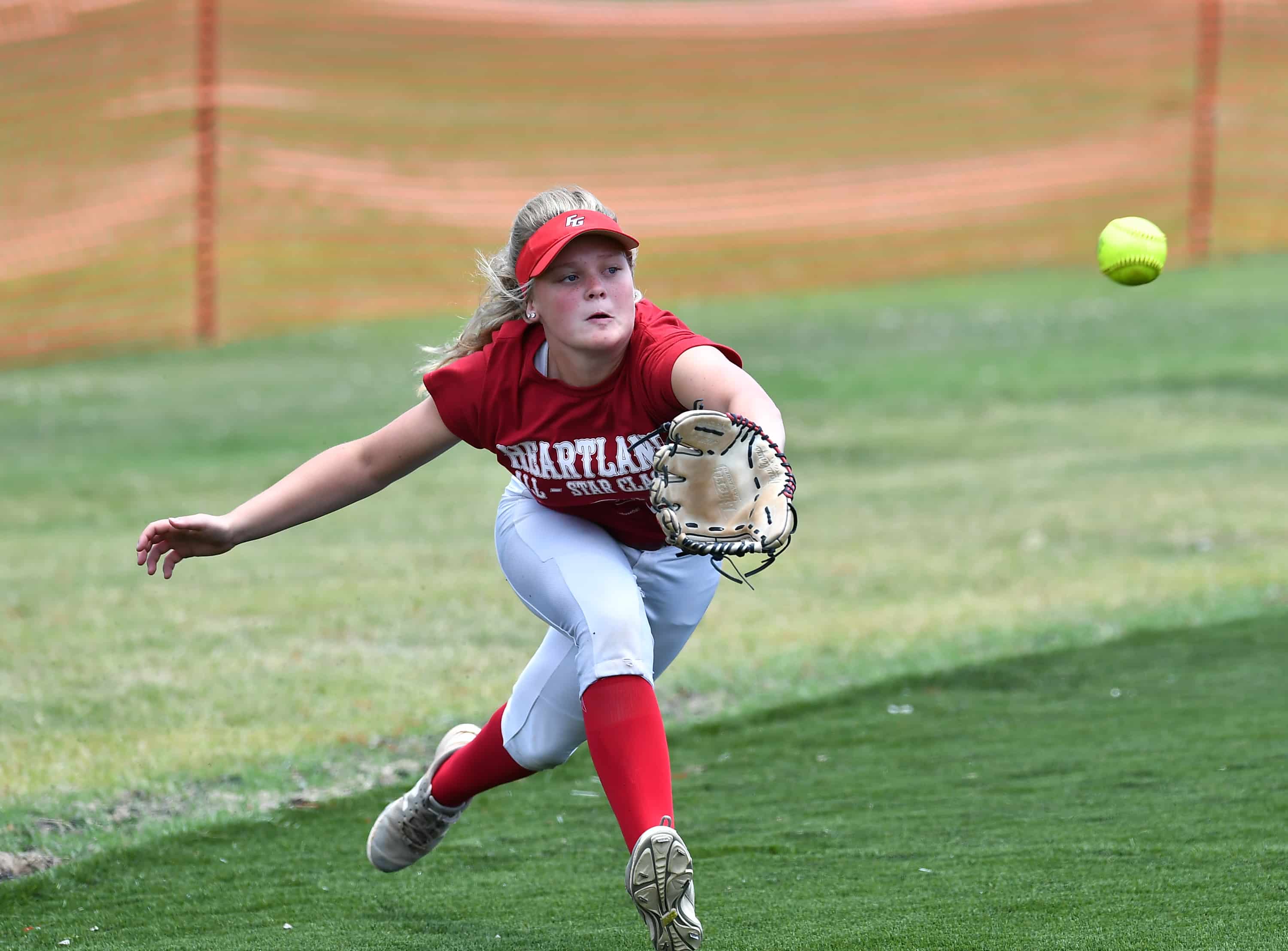 Warner – The Blue team came out on top of the 14th Heartland classic by going 4-0 for the tournament that was held at Connors State College.

The girls came from all over Oklahoma to compete in the two-day event. There were 34 schools represented in the five teams that competed.

The final came down to the Blue and the Red team who went 3-0 and 3-1 respectively. Nia Polzin of Fort Gibson High took the circle for the blues. The Junior was coming off of two-hit effort against the Golds that ended in a 10-1 Blue team win.

The talented Red team stayed with the Blues for four innings but in the fifth the blues struck for two homers off Red pitcher Riley Koonce of Allen HS, the second being the gamebreaker that enforced the mercy rule at 13-4 and ended the game

This two-day tournament was meant to give outstanding softball players the opportunity to be seen by college coaches and scouts. Congratulations to all who were selected to compete among the hundreds of players through the state of Oklahoma.