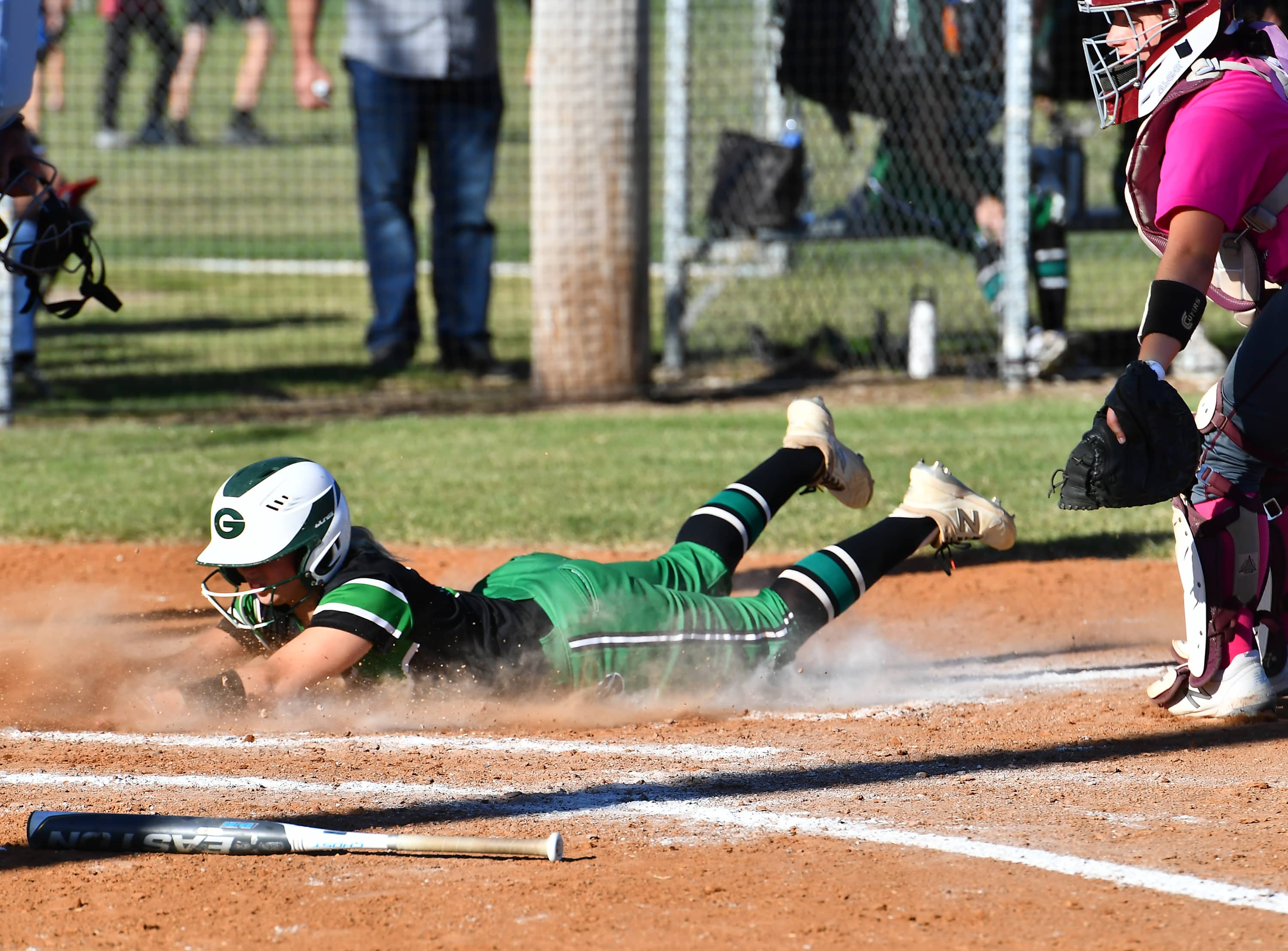 The Pirates got on the board early in the 1st, but Webber came back to tie the score in the bottom of the second inning, and briefly take the lead in the bottom of the third. It started with a walk to Kimber Hall and a single by Anistyn Garner, but a late start by Hall got her caught at 2nd base.

Samantha Shanks was next with a single and Lexi Raskey got the RBI on an error by the Pirate pitcher, scoring Garner to give the Warriors the lead. An infield ground ball by Brooke Wyatt scored Shanks and Webber closed out the inning with a 1 run lead.

The Pirates would score one in the fourth, but it was the next at bat that set the Pirates sailing. After a Erika Sikes ground out Gore went to work. Three consecutive singles by Natalie Casteel, Skye Brooksher and Karli Springer loaded the bases. Ralei Brookshire followed with a singles, scoring two and a sacrifice fly by Addison Sheffield added a third run.

Harly Welch doubled on a line drive to right Scoring the fifth run of the inning and putting the Pirates out front to stay.