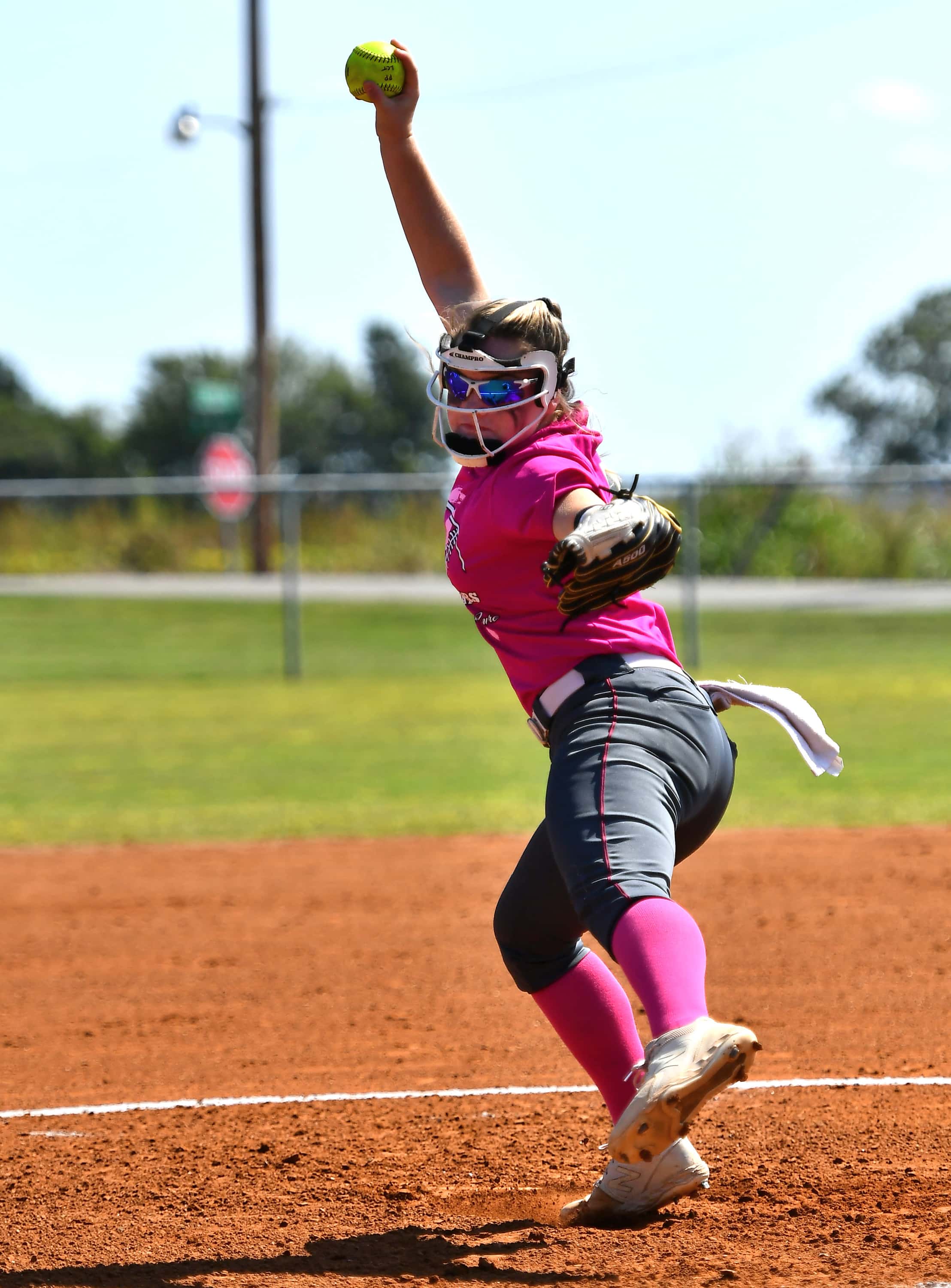 View/Purchase Game Photos
Sign-Up CSSN Subscription
WEBBERS FALLS – What could have been a long day of softball turned around quickly when the Webbers Falls Warriors shut out the Bokoshe Tigers in back-to-back 3-inning shutouts.

Friday’s activities were to be a three team double elimination tournament between homestanding Webbers Falls, the Bokoshe Tigers and the Cameron Yellow Jackets. Cameron had to cancel due to a Covid quarantine, that put Bokoshe directly into the semi-final game with the favorite Webbers Falls Warriors.

The tournament could have been as long a five seven-inning games but turned out to be just two 3-inning contests that saw the Warriors go back-to-back with 13-0 “run rule” shutouts.

Brooke Wyatt was stellar in the circle for both games striking out 16 Tigers over the six innings pitched for the two games.

With the wins, Webbers Falls will advance to the Regional round of the Class “B” OSSAA playoffs. The Class B playoff bracket will be announced this Sunday.