And The Beat Goes ON ! 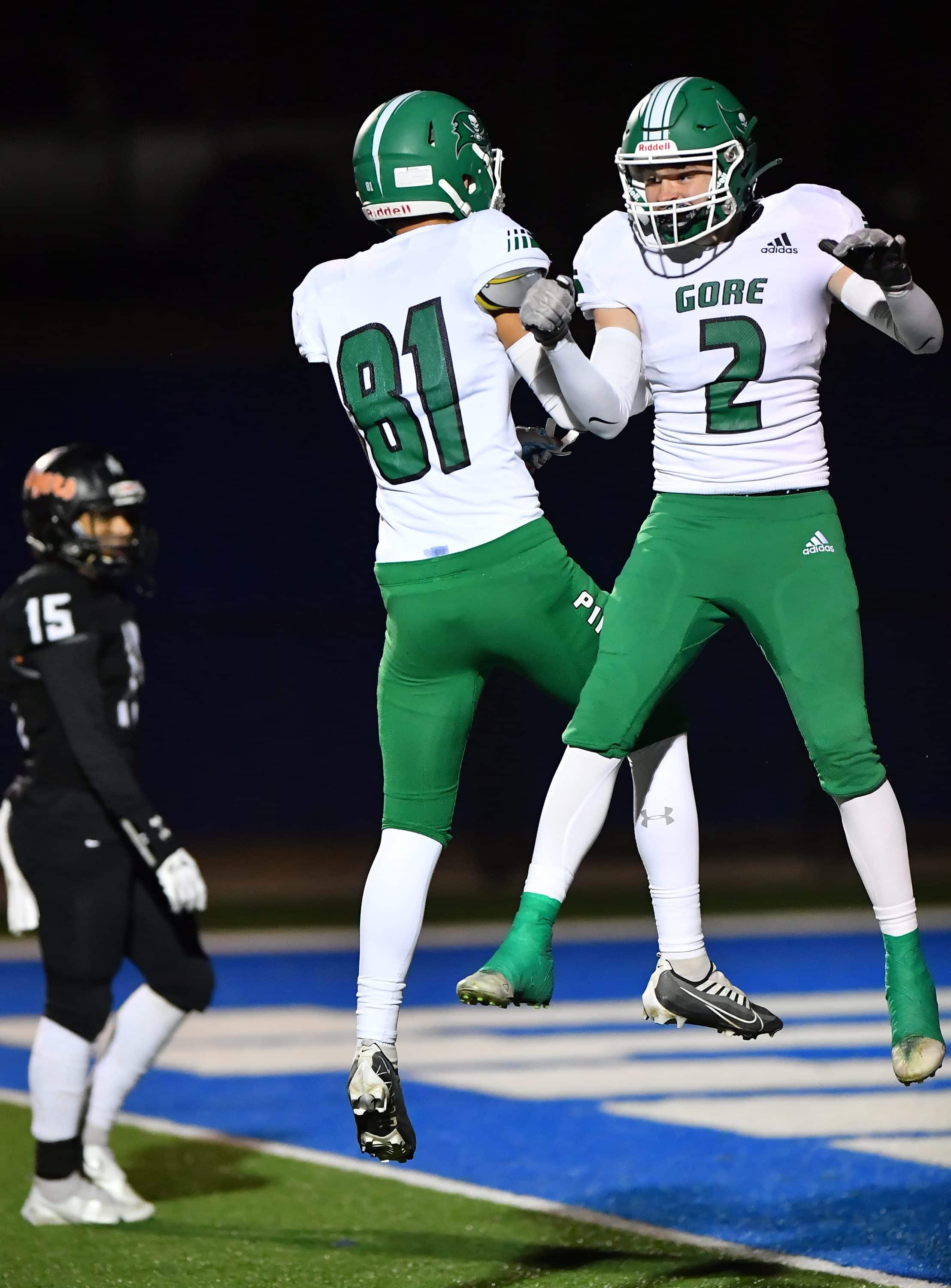 HARRAH – The Gore Pirates took their record to 13-0 Friday night in Harrah at Evans Field in the OSSAA Class A Quarterfinal with a convincing 69-13 win over the Crescent Tigers.

It took just three plays on the opening drive, when on a third-and seven, Noah Cooper connected with Ben Kirkpatrick for a 71-yard touchdown strike to open the scoring.

On the Tigers next possession, Crescent’s Kade Varner found C. J. Wilson in the end zone for a 15-yard touchdown, and it appeared to be turning in to a shootout.

The Pirates put an end to that theory with 3:03 remaining in the opening period when Gunnar Dozier scored with a 5-yard touchdown run and just 16-seconds later Jackson Duke added to Gore’s lead with a 30-yard pick-six. The Pirates notched three interceptions for touchdowns on the night.

In the second quarter, the Tigers closed the gap a bit with a Tanner Rice 5-yard touchdown run but the extra point try went wide left to leave the Tigers at 13-points.

Just 1:08 later it was the Pirates again. This time it was Dozier with a 34-yard scoring run.

Kirkpatrick caught a pass in the end zone and Pirate kicker Christian O’Connor added an 87-yard interception return for his pick-six-and tacked on the extra point to boot for a 41-13 Gore advantage at the half. O’Connor had a 15-point night with the interception return and 9 successful PAT boots.

With a 41-13 lead at the half Gore had run just 12 plays from scrimmage in the opening half.

The third quarter was all Cooper with a 34-yard interception return, a fumble recovery, a 17-yard rushing touchdown and yet another rushing score of 15 yards.

With the large lead and a running clock, coach Brandon Tyler pulled his starers in the final period, but that didn’t stop the Pirates from tacking on another 7-points with a Beau Brown TD reception from Tate Brooksher, after Brooksher scrambled for 17-yards to keep the drive alive.

“This isn’t my first trip to the semis,” said Tyler, who led Vian to four semifinal appearances. “But this is new to these guys. We’ll enjoy it tonight and tomorrow but won’t dwell on it too much as we get ready for Hominy.”