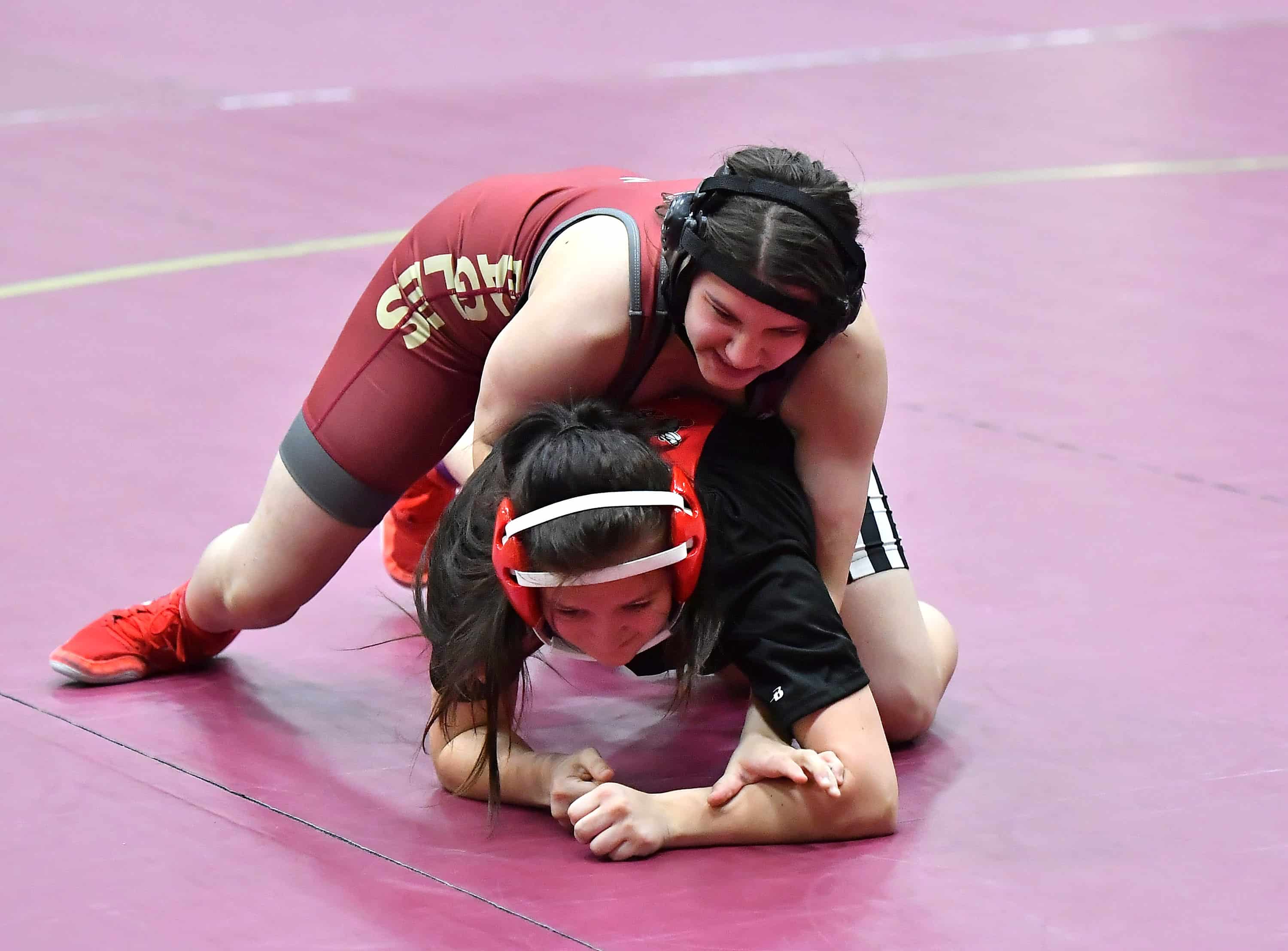 WARNER – The Warner Eagles played host to the 2022 Eagle Up Classic wrestling tournament inviting 20 schools from throughout the area including some from Tulsa.

The Pre-Season tournament was geared towards younger competitors of middle school age but did also host high school girls. The high school boys will have to wait until December 6th when the Eagles will host the Checotah Wildcats in the first Dual meet of the season.

Head Coach Scott Mayfield has brought the Warner program a long way. He has stated that his focus has been on retention and development. This will be the first year the Eagles will have a full team of boys across all weigh classes in district competition.

The girls will field seven wrestlers this season, featuring heavyweight senior Tori French. French finished in the top 8 at the OSSAA state tournament last year and is a 3x state competitor and 1x state runner-up.

On the boys side, Cole Mayfield, who finished 36-5 last season as a freshman and was a state semi-finalist last season, will be looking for a return trip to the state tiurnament.

Senior Xander Torex (26-18), a 2x state qualifier, ended his junior year as a regional runner-up and is looking for his third state qualifying effort.

A link to the 2022 Eagle Up Tournament results will be added as soon as it is completed.