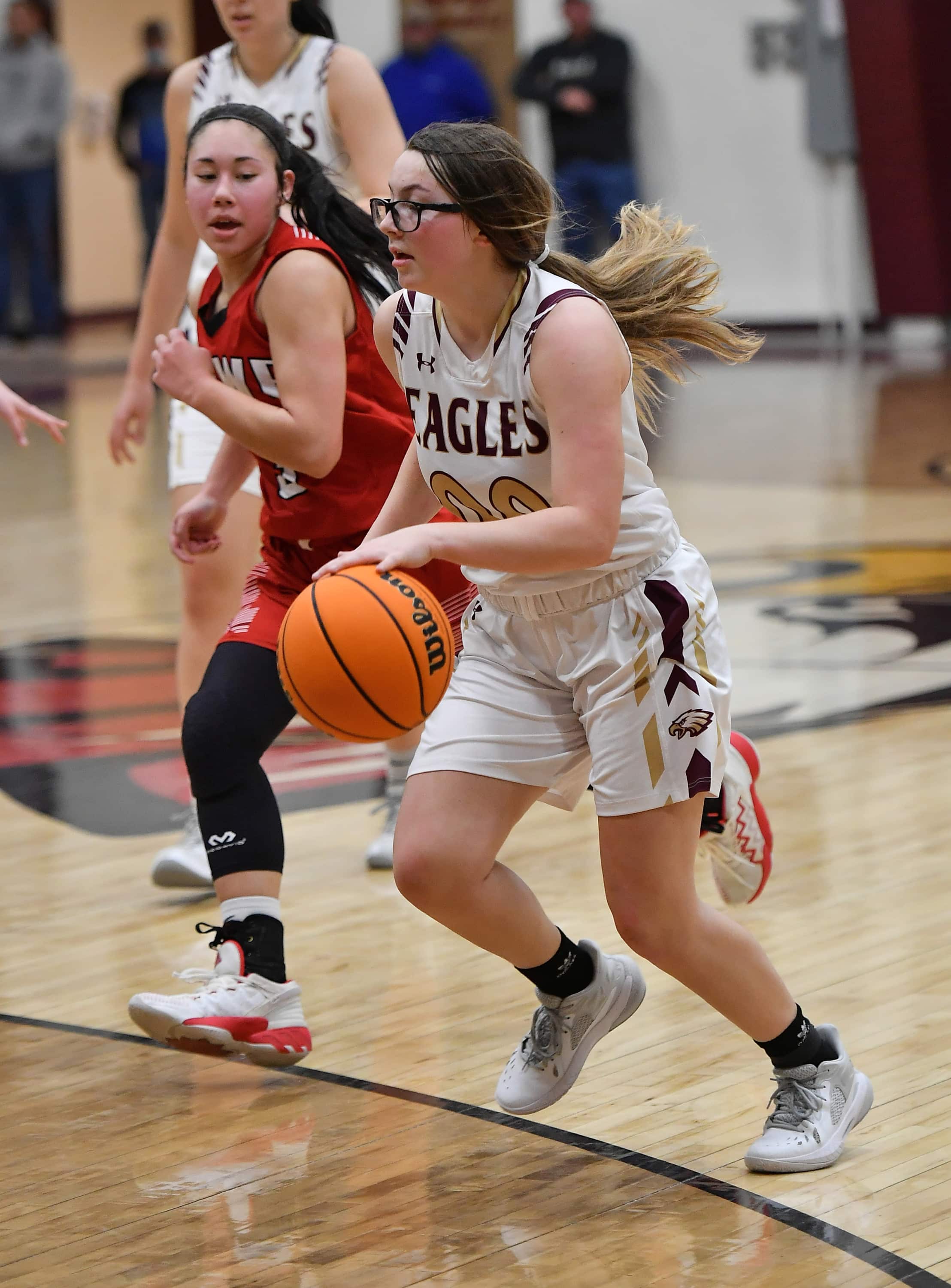 View Photos
Sign-Up CSSN Subscription
WARNER – The Warner Lady Eagles came into Saturday’s Regional playoff contest as heavy underdogs according to the OSSAA rankings. The Howe Lady Lions (20-2) and ranked #2 by OSSAA in class 2A were the heavy favorites.

Howe showed they deserve the #2 State rank by defeating the young Lady Eagles 72-49 but the game was closer than the final score.

Early on, the Lady Eagles held an 11-6 lead, but Howe scored seven unanswered points over a three minute span to take a lead they would never relinquish. Holding a 21-19 advantage in the second. Howe went on an 11-0 spurt that put them up by 13 just before halftime and led 34-25 at the break.
Warner (12-7) stayed close when Harlie Chesser caught fire with three treys to pull the Lady Eagles to within a point, 43-42, with 2:50 to play.

The remainder of the third period and into the fourth was the downfall for Warner. Turnovers (27 turnovers total) and unforced errors plagued the young squad and allowed the Lions to put up 12 unanswered points in two minutes to go up 55-42. Howe opened the final quarter with a 13-4 run that put the game away.

The game was the final home effort for senior Jaylee Kindred, who will be taking the court with the Northeastern State River Hawks next season.Two freshmen who will spark the Eagles over the next few years, Chesser and Alexis Fowler, had solid performances with Chesser scoring 11 and Fowler gaining high-point honors for Warner with 15. The Lady Lions placed four players in double digits led by Shiloh Fletcher, with 15 points.

The Lady Eagles will play next Thursday at 6 p.m. in the consolation bracket of the area tournament at Seminole against Canadian, while Howe (21-2) will face a matchup against sixth-ranked Hartshorne in the championship division on Friday night.