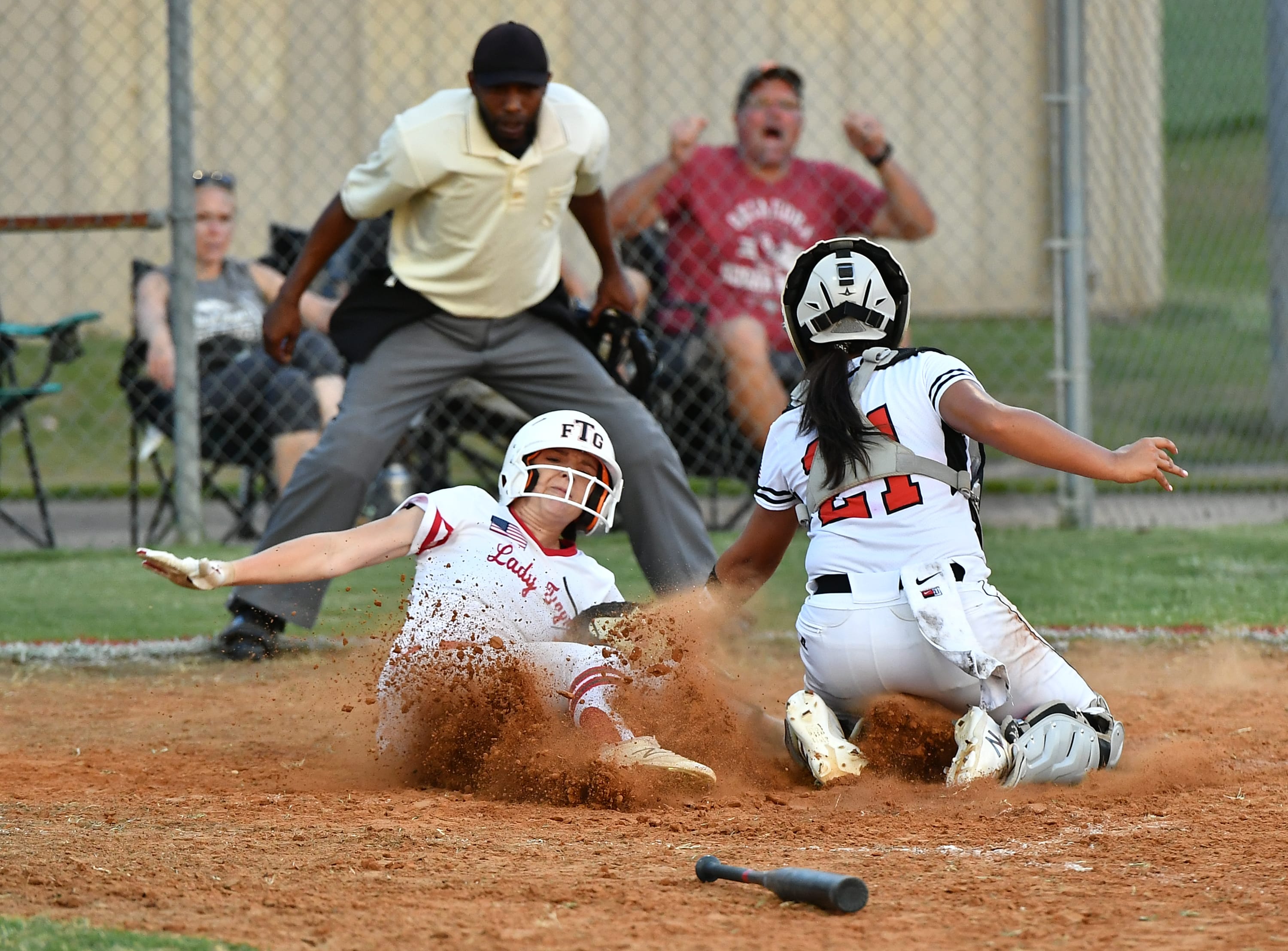 Fort Gibson – After completing their pre-season play with a record of 4-3 the Fort Gibson Tigers (1-0, 1-0) took on the visiting Sallisaw Black Diamonds (0-1, 0.1) in a 4A, District 5 contest. The Tigers came out on top by virtue of a 10-run 4th inning that saw the lady tigers post 10 hits in the inning.

Courtney Hill, the Tigers ace, got off to a slow start walking two and hitting a batter for three free passes to the base pads. Aided by a caught stealing from catcher Angel Lyons and a visit to the circle by coach Joe Obregon, Hill settled down and got out of trouble by striking out Brittany Barker to retire the side.

When Hill was asked how she can hit the reset button she said “I just try to focus on where my spots are and try to hit them. I try to think of every team the same and go at them as hard as I can”.

Barker, the Sallisaw hurler, allowed just one baserunner in the bottom of the frame to keep the game scoreless.

The bottom of the second inning opened the scoring for the Tigers. Nia Polzin dropped in a Texas league double just out of reach of the Black Diamonds shortstop Kenzie Beach. With two outs Baleigh James delivered her first of three singles on the night to score Polzin. Hannah Thouvenel followed with a solidly hit drive to center, scoring James and giving the Tigers a two-run lead.

In the fourth, Sallisaw got one back thanks to a catcher’s interference call that put Barker on first. A steal of second and infield mental error that left third base open moved her over to third. A Baylee Williams grounder to second baseman Maycee Young scored Barker and put The Diamonds on the board within one run.

The bottom of the inning was the came changer. Fort Gibson put up a 10-spot getting 11 hits, with the big blast, a triple, coming from the catcher Lyons. Aggressive base running by Thouvenel added a run on a play at the plate after a Graci Williams single.

When asked about the play at the plate the senior Thouvenel said after the game “It was pretty close. I felt confident that the way she was standing I could get around her, get behind her. You just gotta go hard every time and take a chance for your team”.

The Tigers will go on the road Thursday to Poteau to continue their District 5 campaign. Sallisaw will go to the Shawnee tournament on the 23rd and 24th before their next regular season game at 5A Edison Prep next Monday.